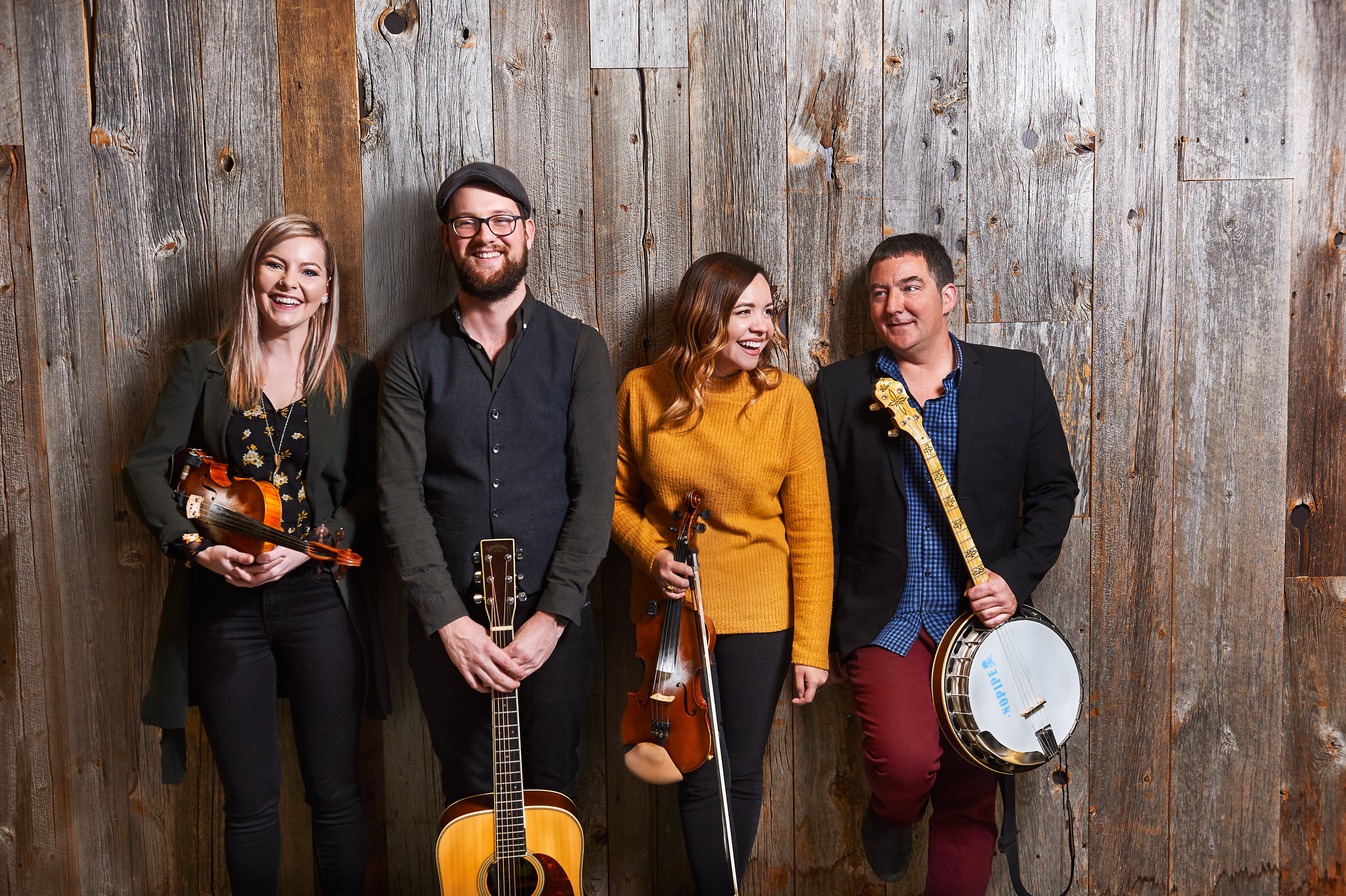 Atlantic Canada’s powerhouse Còig has cemented its status as one of today’s most exciting North American Celtic groups. With a fiery Celtic style as its musical core, Còig offers a fresh and exhilarating mix of traditional tunes, lively instrumentals and contemporary songs performed on over a dozen instruments (vocals, fiddles, guitar, banjo, mandolin, viola, bouzouki, whistles, and more) in a lot of non-traditional ways.

Còig’s like no other, thanks to the unique mix of four superb talents. Featuring the fiddling and step-dancing duo of Chrissy Crowley and Rachel Davis, Zakk Cormier on guitar and driving rhythms on Acadian foot-percussion, and the musical musings of multi-instrumentalist Darren McMullen, the award-winning quartet are an unparalleled music force.

Còig’s latest album, “Ashlar” (released March 2019) is full of surprises and flows from lively instrumental sets to tender traditional ballads to fabulous covers, everything Còig is known for and then some. With a growing list of credits, “Ashlar” debuted at #1 on the World iTunes chart and has been recognized with a 2020 Canadian Folk Music Award (Traditional singer, Rachel Davis), East Coast Music Award and Music Nova Scotia Award nomination for Roots Traditional Recording of the Year.

Còig have collected a mantle of awards and nominations for their catalogue of recordings, “Carols Too” (2019), ”Rove” (2017), “Carols” (2016) and “Five” (2014) including a Canadian Folk Music Award, a JUNO nomination and multiple East Coast Music Awards and Music Nova Scotia Awards.

The best in trad music, in a non-traditional way. That’s Còig.