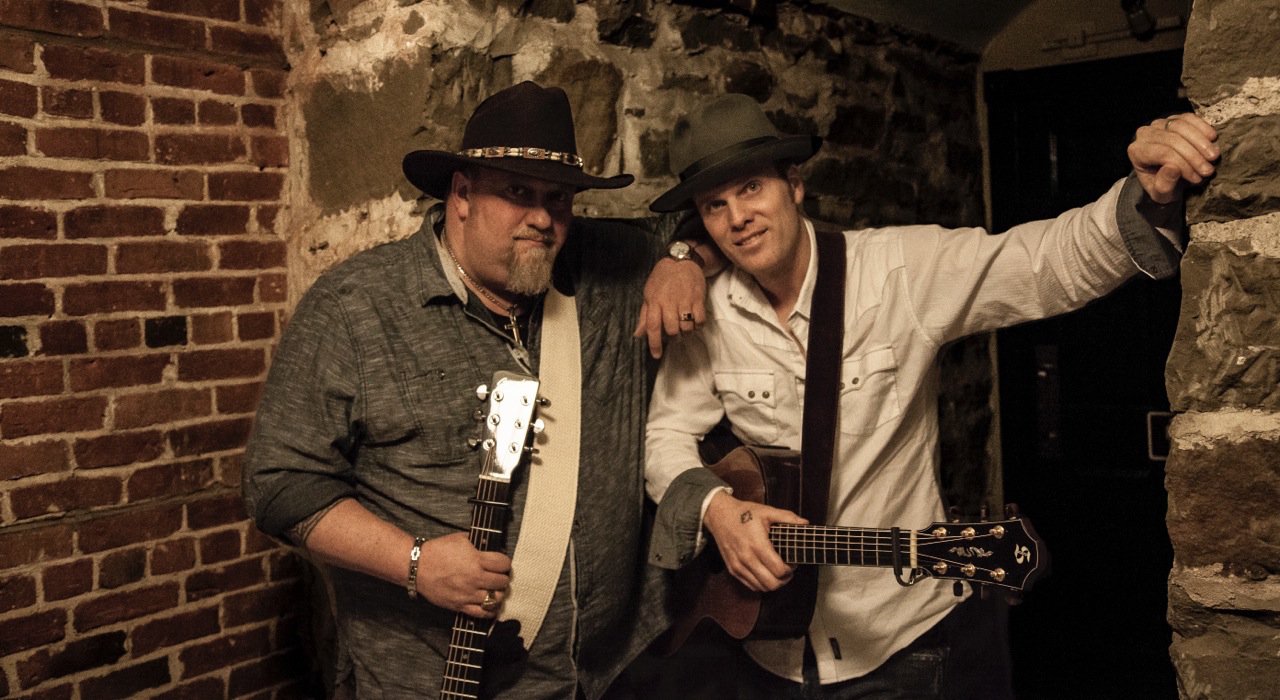 Two of Canada’s greatest roots singer-songwriters have finally done what everybody’s wanted — heck, what they’ve wanted — for years. Dave Gunning and J.P. Cormier are releasing their first album together, called Two. Great friends, frequent collaborators, co-writers and touring partners, the pair has been talking about this album since pretty much the day they met. Now it’s here, and it’s everything fans hoped and dreamed it would be.

The album is called Two because that’s what it is, just the two of them.

“We wanted to keep it simple and honest so we essentially made a 4-track recording, just two guitars and two vocals. Limiting ourselves this way actually helped inspire the arrangements and the performances. It forced us to dig a little deeper.”, says Gunning.

“A lot of artists like us feel compelled to put these massive productions together, and we said we’re not going to do that,” adds Cormier. “We’re going to make this record be that large with only two instruments and two voices. And we did that.”

Two is made up of everything the duo excels at. There are new collaborations between the two writers (Brothers, Home To Mary), new arrangements of antique folk numbers (Johnny Armstrong, Katie o’ the Gowrie), and some tasty, surprising covers (Never Picked Cotton, Stompin’ Tom’s Songbird Valley).

Every song had to meet their very high, combined standards. “We didn’t take it lightly,” confirms Gunning. “We really put our heart into it.”