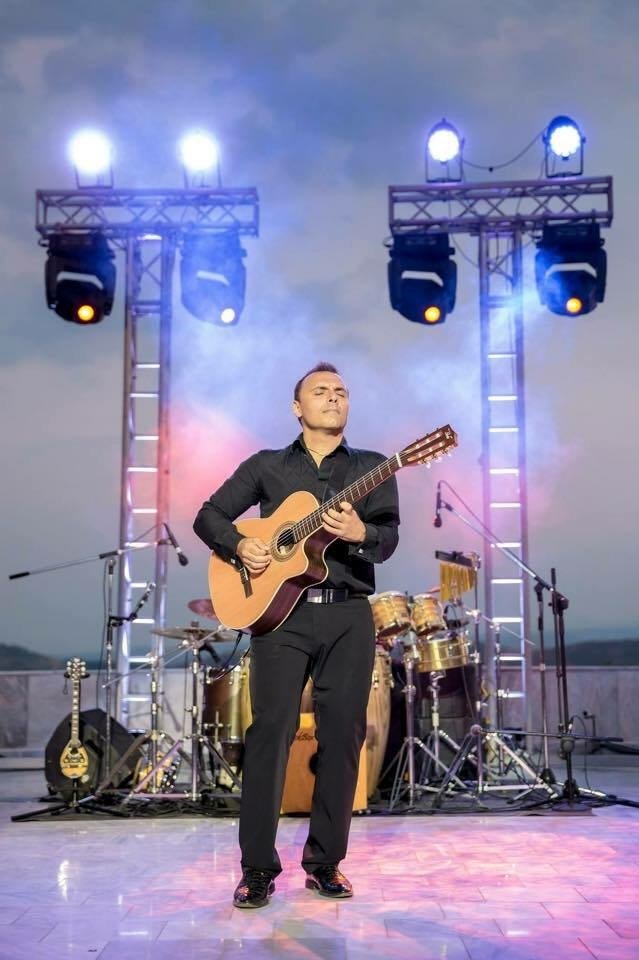 For being all instrumental, Pavlo’s Mediterranean music speaks for itself.

One of the most influential and respected guitarists of our time, Pavlo and his band will take you on a Mediterranean escape as they perform Pavlo’s signature “feel-good” music. Opa!!

Internationally renowned, award-winning recording artist, performer and songwriter, Pavlo has become famous for bringing every audience to their feet.  Over the span of his 20 year career, Pavlo has released 11 albums of his own music, plus 2 collaborative albums and 3 television concert specials that continue to air on PBS across America and Canada.

Born in Toronto to Greek parents, Pavlo has made a name for himself by offering a musical amalgam he simply calls “Mediterranean music” – a blend of Greek, flamenco, Latin, and even Balkan flavours, wrapped in contemporary pop.

His music has taken him all around the world. Along the way he’s performed for royalty in the likes of Prince Charles and worked and toured with artists such as José Feliciano, Jon Secada, and Olivia Newton-John.
Pavlo is also known for his belief that “the world needs more guitars”. In fact, he gives away the guitar he performs with to a random member of the audience at every concert!
What’s next?

Pavlo is currently planning his 4th PBS concert special “Pavlo: Live In Santorini” and he remains driven by the words his father told him when he was a boy:
“Have the courage to do what you love, and the drive to do it well.”

Streamed to You Online Concerts
All